MeetingSift is an extraordinarily versatile and easy-to-use tool. Most of my facilitation is hands-on, small-group work, and I have tried several times the last 12 years to find suitable technology to augment and amplify my other techniques, with little success. MeetingSift changed that game for me and my clients, giving us a simple smart-device interface to streamline, focus and align our conversations. This is a brief case-study of one workshop…

These 120 leaders operate nuclear, hydroelectric, and fossil-fuel power-generation plants serving 9 million people, and their world is turning upside down. The power industry is in the middle of a market-driven, disruptive shift to distributed, renewable energy, and the company is having challenges adjusting.

And those challenges showed up starkly in the company’s Employee Engagement surveys; specifically, a steady, troubling decline from the middle management ranks. Small wonder: In the wake of three re-organizations in six years, workforce shrank by 15%; roles and responsibilities of middle management and line staff were blurry; tribal and institutional knowledge lost in this hollowing-out of the organization; and morale at all-time lows.

The COO convened his top people to unpack the issues around “Engaging Middle Management” and define concrete ways forward. MeetingSift turned out to be the perfect tool to gather and report relevant insights quickly.

In a group of 120, sussing out the initial “What” could be a grueling process  — or complete chaos. In addition to reviewing the Engagement Survey results, a few basic MeetingSift activities revealed the key issues in under 10 minutes:

So after a very brief priority-finding exercise based on the facts of the issue (What), these top managers could spend their [valuable] time discussing the implications (So What), and resolve those into broad frameworks for action (Now What).

We implemented a hybrid process: after using MeetingSift to define a few high-level themes, small breakout groups used sticky notes and a Design Thinking process to develop high-level action plans around those themes. The small groups reported out the major programs in their action plan to the large group using MeetingSift. That way, the entire leadership team was able to quickly see the trends that emerged around the small groups’ solutions to the challenge of engaging middle management.

A pleasant surprise emerged: the conversation pivoted from the middle-management engagement challenge being “their” problem (middle management’s) to one that this leadership group was owning, and committing to the solutions. Being able to see high-level results across their peers in word clouds and long lists of related – and sometimes heretical –  ideas was illuminating for most of them: some simple concepts and – importantly – consensus emerged around direction across the different departments.

Another note: these are senior people, most with engineering backgrounds, accustomed to working in bureaucratic silos. And like a lot of senior mgmt, they have been “meeting’ed” and “consulted” to death. They’re skeptical and jaded about gatherings like this, but they are also in an unfamiliar world, facing fundamental challenges that must be resolved. Engaging them with the issue individually and in small groups, with technology and hands-on activities, was critical to creating the broad-based solutions they were seeking.

Magic: Two Truths and a Lie

There is no doubt that MeetingSift accelerated their conversations and decision-making, but the magic happened at the start and in between, with some simple games to engage the groups with each other and the technology.

I always start with a couple of low-impact Poll activities to get them familiar with MeetingSift: I always ask “what’s your busiest day of the week?” [For those scheduling meetings, Thursday seems to be the least busy across a sample of 1500 or so…]; and typically a seasonal question (e.g. “what are your summer vacation plans?”)

In this group, an unexpected breakthrough was playing “two truths and a lie” – a common ice-breaker, where each person playing says three things about themselves — two truths and a lie. Everyone else’s job is to pick out the lie — easy to do with the Poll activity in MeetingSift!

We started the session with these polls and “Two Truths and a Lie” with the COO, and it really helped set the tone for the day’s thinking and planning: transparent, funny, honest. It was a big hit, and pretty soon, my sponsor came over and asked if we could plug in a few more “Two Truths and a Lie” polls for the rest of the group’s top leadership. Easy to prepare on the fly with MeetingSift, and it was a huge hit — the bosses got to poke a little fun at themselves, their direct reports learned something more human about the bosses, and they all have something to talk about later [I encountered several knots of people having cocktails and playing the game later… ]

At the end, my sponsor and her boss (the COO) were ecstatic about the ground we covered and frameworks we developed in under three hours.

Nothing was earth-shattering, but provided affirmation about some programs, and more importantly, more deeply engaged leadership in “owning” the issues around Middle Management Engagement and doing something about it.

A few things I learned in this process:

I use a lot of tools in my facilitation practice: LEGO Serious Play, design thinking, graphic facilitation, and lots more, and MeetingSift has added a powerful new capability that engages groups in new and different ways, and adds some horsepower to tried and true methods. 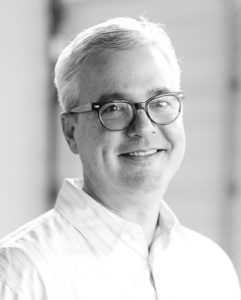 Jody Lentz is a lifelong facilitator and a catalyst for better teams, better meetings and better decisions. He works on strategy and culture with a wide range of government, entrepreneurial and non-profit clients.

He lives in Nashville, TN USA.

Use MeetingSift for free.
Unlimited meetings with up to 25 participants in each.

See our plans and pricing to learn about all options.

“This is like running meetings on steroids. More engagement, better feedback, instant polling of opinions or to make decisions and more.”

“MeetingSift saved us probably 90 minutes over the 9ish hours of agenda, which left us more time for the deep-dive, deep-content conversations leadership needs to have”

“How to engage every participant ? How to leverage collective intelligence ? Meetingsift provides us a fantastic answer to these key requirements during events.”

“MeetingSift really changed the dynamic of our meetings and presentations. It instantly allowed us to engage a broad audience and gain feedback that we wouldn’t have otherwise been able to hear.”

“MeetingSift is easy to use, embraces BYOD, gives more structure to meetings and provides great ways to evaluate information.”

“MeetingSift has not only engaged but produced usable results to make the meeting productive and the followup easier.”

“MeetingSift provides all participants with an opportunity to share their views in their own words in real time…including contributions from those who don’t usually speak up.”

“Especially for larger groups, we get better quality feedback, from more participants, in less time, with less effort than with any other facilitation strategy we have used.”

“We cannot say enough about how effective MeetingSift is in bringing together people to address mutual interests.”